Using CBD for cellulitis can be one of the effective ways to treat it. In 1940, Cannabinoid was discovered. It is commonly addressed as CBD. It is one of the active cannabinoids identified in cannabis plants along with other 113 active components like THC (tetrahydro cannabidiol), etc. It makes up to 40% of the plant’s extract. It does not have psychoactivity or intoxicating effects (feeling high) like that of THC. This helps us to benefit from the health properties of the cannabis plant without getting any side effects.

Many research studies on CBD and its effects on health are conducted. It has become a renowned option for or people seeking a natural alternative to treat,

As many medical studies revealed more benefits about CBD, many people began to choose it as a natural alternative to treat their ailments.

CBD has many medicinal properties of Cannabis, such as anti-inflammatory, antioxidant, and anti-anxiolytic. These properties are responsible for providing natural stress, anxiety, and pain relief.

In 1995, researchers discovered two receptors CB1 and CB2 inside the human body. They are called endocannabinoids. It shows that the body can work with cannabinoids. It can play an essential role in our overall health and wellness.

The largest sense organ of a body is the skin. It plays a vital role in protecting against bacterial and viral infections. Minor cuts on the skin will give place for bacterial infection. So it is essential to protect our skin from such harmful inventions. One such bacterial infection that primarily affects our skin and the underlying tissues is cellulitis. It is a dangerous condition because it becomes life-threatening when left untreated. When the infection turns severe, it spreads to other parts of the body. One natural remedy which can help to relieve cellulitis and its symptoms is cannabidiol or CBD.

Let us dig deeper about it in this article.

Cellulitis is a skin infection characterized by red, swollen skin. When touched, it causes severe pain and warmth. It can appear on any part of the body but commonly targets the skin on the lower legs. The infection begins when bacteria enter from a bruise in your skin.

The possible signs and symptoms include the following

Staphylococcus and streptococcus bacteria are the common causes of cellulitis. They invade the body by entering via bruised skin.

When cellulitis, ignored over a period, they start damaging the lymphatic system and cause swelling of the limb. It leads to multiple episodes of cellulitis. Blood and bone infection and tissue death are potential complications of this infection.

CBD is a popular natural remedy for people across the globe to treat a plethora of health ailments. Its wonderful therapeutic properties help in fighting cellulitis. A study states that CBD effectively fights the staphylococcus and streptococcus bacterias responsible for skin inflammations. It also soothes pain, inflammation, and other symptoms related to skin infections. It acts as a natural antibiotic and provides essential nutrition to the skin for a quick recovery.

Many antibiotics are available to treat cellulitis, but some bacteria develop resistance towards antibiotics and evolve into new strains like MRSA. It is a more dangerous and effective form of the original staphylococcus bacteria. The Centre for disease control and prevention (CDC) states that MRSA causes more than 10,000 deaths annually. Research work from the “Journal of natural products” said CBD along with, CBG (Cannabigerol), and CBC (Cannabichromene) displayed activity against many variations of MRSA (Methicillin-resistant Staphylococcus aureus).

What Does The Research Say?

In 2008, a team of Italian and British researchers found, cannabis stopped the proliferation of MRSA. In the study, cannabinoids showed vitalized activity against a whole range of bacteria resistant to antibiotics.

Research work in test tubes and animal models analyzed the effectiveness of CBD against common antibiotics (Vancomycin and Daptomycin). The result was, CBD killed the bacteria quickly within 3 hours, whereas vancomycin took over 6 to 8 hours to kill. CBD easily breaks the biofilm around the bacteria, penetrates inside, and kills it. This biofilm is very important for the whole infection process because it aids the bacteria to attach to the host body to survive and replicate itself.

The lab studies also revealed that CBD is less likely to cause resistance than the existing antibiotics. It is effective against gram-positive bacteria that are skin infection-causing agents. In a study conducted in Denmark CBD, was given along with conventional antibiotics. Another group was treated only with antibiotics. The bacterial infection lowered effectively in the group where CBD was used, along with antibiotics compared to the other group.

Another study tested a topical application of CBD on mice with a skin infection. After 12 to 48 hours, the bacterial count lowered. It authenticates that CBD is very effective when applied topically on the skin. CBD prevents and manages inflammation and also shows efficacy in reducing pro-inflammatory cytokine production and release. Its analgesic properties help to treat tenderness and pain. CBD oil and creams are a perfect choice for treating pain caused due to inflammation. Cannabinoids as antibacterial agents undergo rigorous clinical trials but the topical application gives promising results in reducing skin colonization by MRSA.

Using CBD for cellulitis can be one of the effective ways to treat it. It helps in relieving the painful inflammation and other symptoms. CBD can also control the bacterial infections causing cellulitis by fighting it effectively. Though numerous clinical trials are going on CBD and its effectiveness, the current studies show promising results in treating cellulitis.

CBD Oil For Diabetic Neuropathy: Is It Really Effective?

Can You Drive After Using CBD?

How does CBD Oil help With Schizophrenia? 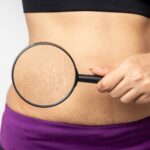 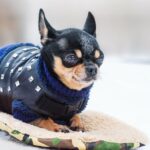 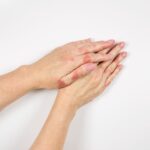